A Stunning Assemblage
You are here: Home / The Collection / Collection Overview

The Knohl Collection is a stunning assemblage of hundreds of paintings and thousands of decorative art objects that spans centuries and cross continents. With over 80,000 pieces, it includes a wide variety of art forms rarely seen in any single private collection. Howard and Linda’s passion for collecting was born in the mid-1980s when Howard was gifted a rare first-edition book. The four libraries in their private residence now house 4,000 English language first-editions printed before the year 1700, the largest privately owned rare book collection of its kind in the world. While collecting antiquarian texts, the Knohl’s started acquiring paintings from the 14th through the 19th centuries, clocks from Europe and the United States, ivory and bronze statues, gilded cobalt demitasse sets, rare 19th century cheroot (cigar) cases, yads (Torah pointers) from every continent, large format sheet music, and walking sticks from around the world. In the mid-1990’s match safes became a central focus of their collection, both for the historical value, as well as in appreciation of their beauty. This collection, with more than 21,000 pieces, is currently the largest known accumulation of match safes existing in the world.

With a strong focus on European masters from the 17th through the 19th century, the paintings in the Knohl Collection have immeasurable historic significance and aesthetic importance. read more

Pocket match safes were designed to safely hold matches and were both practical and a fashion accessory for over 65 years. The Knohl Collection, with approximately 21,000 pieces, currently has the largest known accumulation of match safes in the world. read more

The Knohl Collection has the world’s largest privately owned collection of English language first-edition books printed before the year 1700, with over 4,000 titles,  providing a glimpse into the intellectual, cultural, and political life in the beginning of the modern era. read more

Canes, or walking sticks, were an essential fashion accessory during the 17th, 18th and 19th centuries, and often served as symbols of wealth, power, and social stature. Fascinated with the artistry, history, and the stories they tell, the Knohls continue to add to their compilation of canes, which today totals over 500.  read more

During the 19th century, men throughout Europe and the United States used these small but sublime objets d’art to safely carry their cheroots, small cigars. Today, these mini masterpieces, decorated with finely detailed images, are a highly coveted collectible. read more 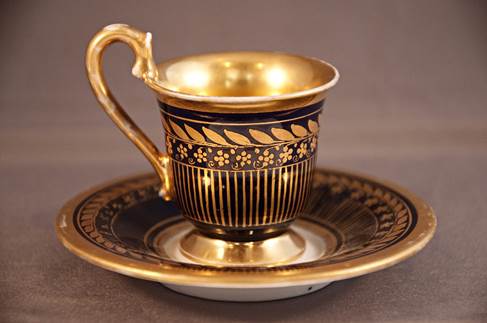 The Knohl Collection includes a stunning selection of museum-quality cobalt blue porcelain demitasse and miniature cup and saucer sets, all beautifully decorated with gold gilt. Their delicate elegance and exceptional craftsmanship reflect the extravagance of the European aristocracies during the18th and 19th centuries. read more

Most recently the Knohls have added over 40,000 pieces of large format sheet music from the late 19th and early 20th centuries. In addition to the intrinsic value of the music itself, historical sheet music and their illustrated covers are a glimpse into the minds of their creators, as well as a visual record of the societal norms and values of this particular time in history.  read more

Hundreds of firearms and edged weapons, dating from 16th to 19th centuries, provide an insight into the evolution of weaponry and warfare in Europe, Asia, and North America. The arms and armor of the higher levels of society were adorned with costly decoration, an expression of the soldier’s status and rank. read more