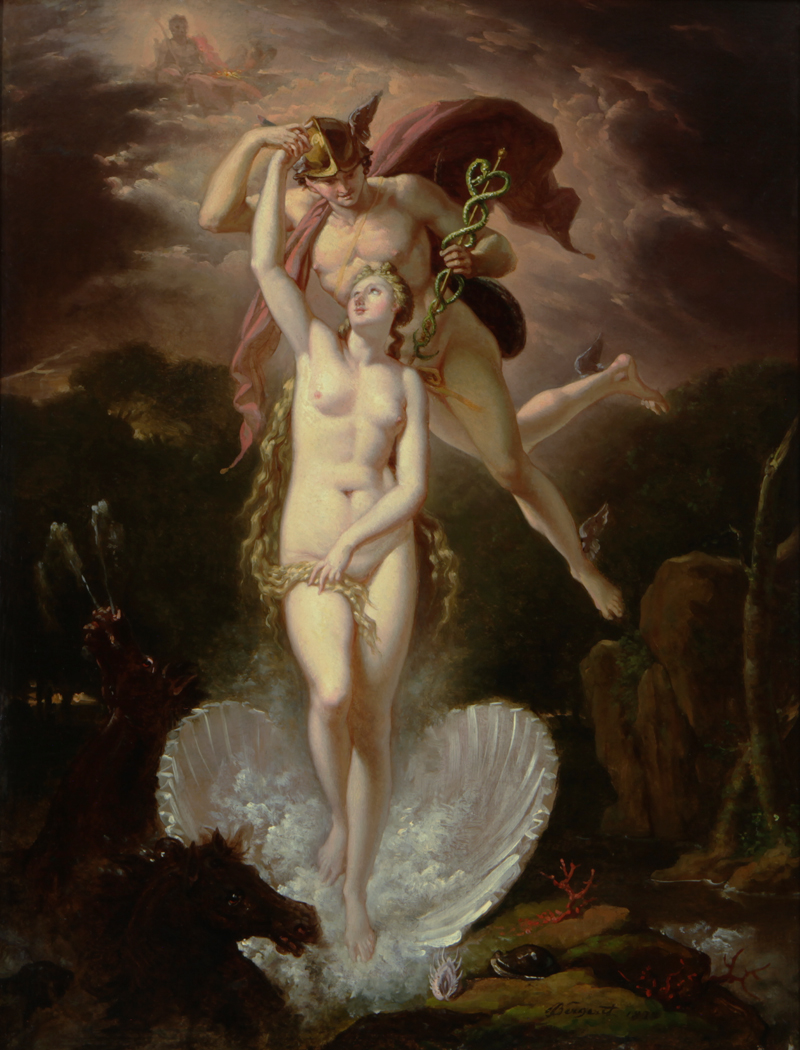 Pierre-Nolasque Bergeret was a French painter, pioneer lithographer and designer who studied with Jacques-Louis David. He was born in Bordeaux, where he received his early training. He then moved to Paris and worked in the ateliers of François-André Vincent and then Jacques-Louis David, which is where he met and befriended Jean-Auguste-Dominique Ingres, another major French Neoclassical painter.

Bergeret played a major role in introducing lithography, in part through his reproductive prints after paintings by Nicolas Poussin and Raphael. His lithograph Mercury (1804), reproducing a detail from Raphael’s fresco in the Villa Farnesina, is one of the earliest examples of lithographic technique.

While designing decorations for Napoleonic monuments and Napoleonic medals, Bergeret pursued his interest in post-classical history. The subjects of his paintings were often anecdotes from the Renaissance, for example: Honors Rendered to Raphael on His Deathbed 1806 (Allen Art Museum, Oberlin College, Ohio). He also painted Anne Boleyn Condemned to Death c. 1814 (Musée du Louvre) and Charles V in Titian’s Studio, 1808 (Bordeaux, Musée des Beaux-Arts). Bergeret clearly researched the historical details of these works, including the furnishings, the costume, and physiognomies.

Homage Offered to Raphael After His Death was displayed at Bergeret’s earliest Salon exhibit (1806), and was acquired by Napoleon for Josephine’s painting gallery.