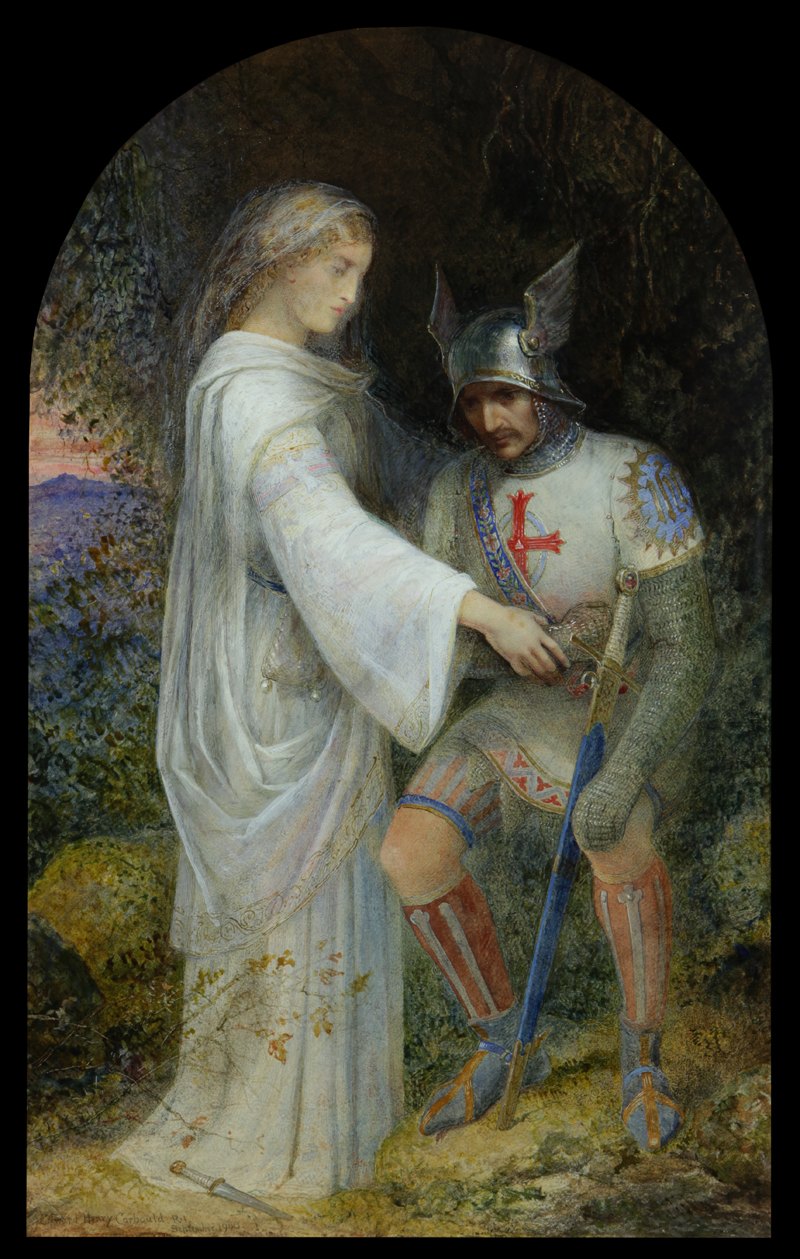 Edward Henry Corbould (1814-1904) was a distinguished painter, successful illustrator, and an accomplished sculptor. While a student at the Royal Academy, he concentrated primarily on watercolors, producing a large number of images depicting scenes and characters from classic and contemporary literature, chiefly Chaucer, Spenser, and Shakespeare. In 1842 his watercolor The Woman Taken in Adultery was purchased by Prince Albert; nine years later Corbould was appointed Instructor of Historical Painting to the Royal Family. For 21 years he continued to teach various members of the Royal Family, and many of his best works were acquired by Queen Victoria and Prince Albert. Corbould’s contract with the royal family was eventually terminated and Corbould returned to exhibiting at the Royal Academy and the Royal Institute of Painters, supporting himself by illustrating books and magazines. Between 1835 and 1874 Corbould exhibited 17 paintings at the Royal Academy.

Una and the Redcrosse Knight is an illustration of a scene from The Faerie Queene, an incomplete English epic poem by Edmund Spenser. The first half of the poem was published in 1590 and a second installment was published in 1596. The Faerie Queene is notable for its form; it was the first work written in Spenserian stanza and is one of the longest poems in the English language. It is an allegorical work written in praise of Queen Elizabeth I. In a completely allegorical context, the poem follows several knights – each knight representing a different virtue. Una is the personification of the “True Church.” She travels with the Redcrosse Knight (who represents England), and together they try to save her parents’ castle from a dragon. The Redcrosse Knight bears the emblem of Saint George, patron saint of England. St George’s Cross, a red cross on a white background, continues to be the national flag of England.