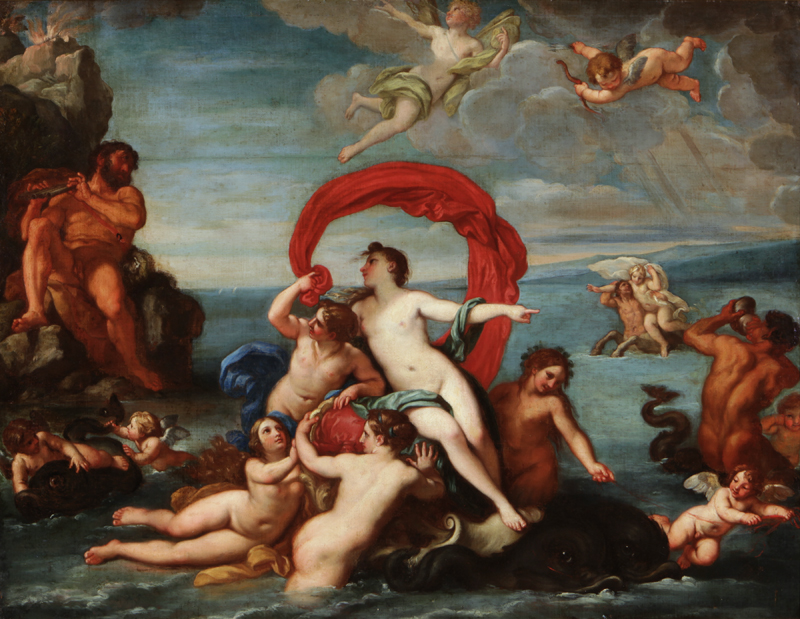 Giuseppe Bartolomeo Chiari, a prolific Italian painter, was born in 1654 in either Lucca or Rome. Showing promise at an early age, Chiari was allowed to begin his fine art training with the popular painter and art dealer Carlantonio Galliani at the age of ten. Two years later he began training under another Italian painter, Carlo Maratti (or Maratta), and soon became one of the main assistants in his studio in Rome.

Chiari’s first official commission, at the age of 22, was for paintings on the sidewalls of the Roman Marchionni chapel in the church of Santa Maria del Suffragio. This project successfully launched his career and established his reputation. Within a few short years he won the patronage of some of the most prominent noble Roman families, as well as many foreign diplomats. During his lifetime he adorned glorious Italian palazzos, painted altarpieces in celebrated churches, decorated the ceilings of multiple chapels, frescoed rooms in the several palaces, and prepared the cartoons for the mosaics in the many famed basilicas. In 1723, four years before he died, he was rewarded with the prestigious position, Director of the Accademia di San Luca.

Chiari’s painting, Triumph of Galatea, was inspired by a fresco completed about 1514 by the Italian master Raphael for the Villa Farnesina in Rome.