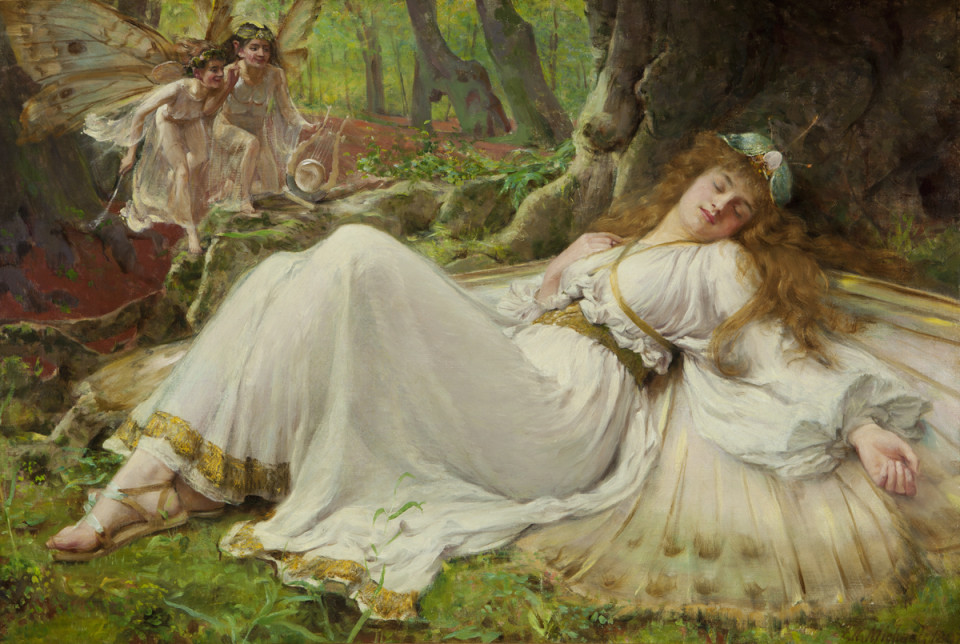 The intriguing and distinctly British genre of Victorian fairy painting was inspired by mythology, literature, and legend. Prominent artists crafted magical scenes that depicted ethereal creatures set in pastoral landscapes; whether submissive and demure or seductive and devious, female figures and fairies were a delightful distraction from the social and political turmoil as England transformed from an agricultural island into an industrial superpower.

Titania, Queen of the Fairies, from Shakespeare’s A Midsummer Night’s Dream, sleeps in the forest after being anointed with the juices from a magic flower: “What thou seest when thou wake, Do it for thy true love take.”