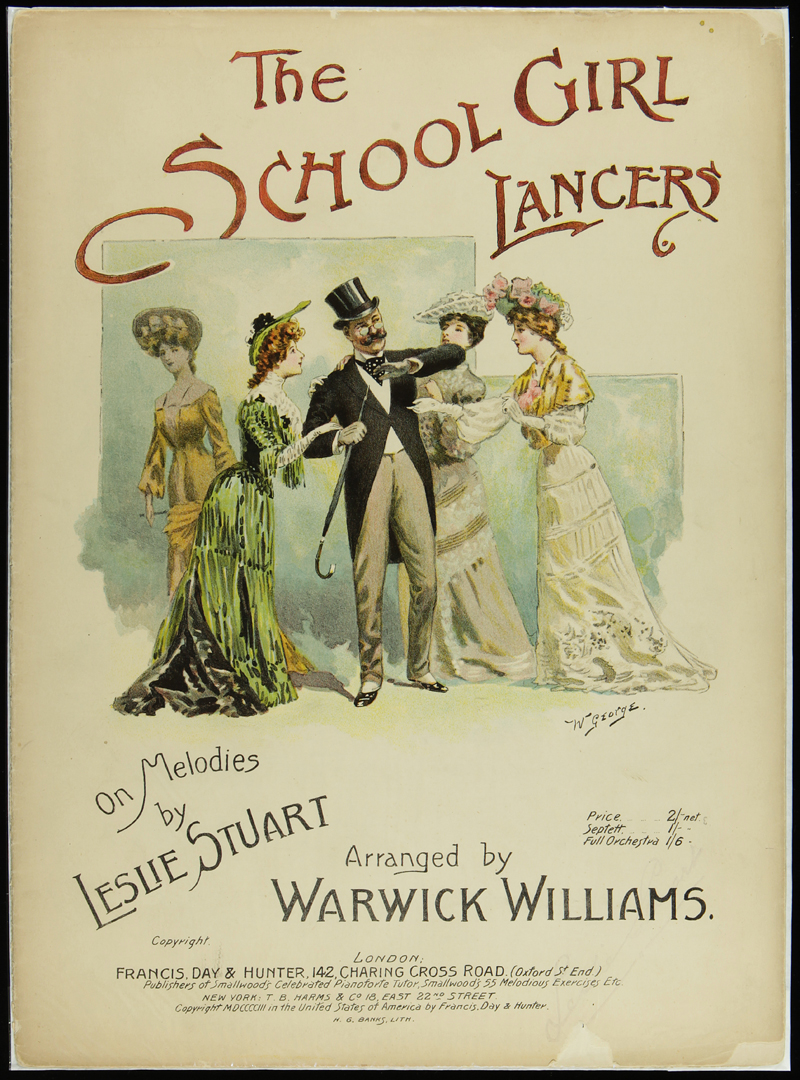 The School Girl is an Edwardian musical comedy, in two acts, composed by Leslie Stuart (with additional songs by Paul Rubens) with a book by Henry Hamilton and Paul M. Potter, and lyrics by Charles H. Taylor and others. It concerns a French school girl from a convent, who goes to Paris to help her lovesick friend. Through mistaken identity, she learns secrets that help her at the Paris stock exchange and ends up at a students’ ball in the Latin Quarter. All ends happily.

The musical was first produced in 1903 by George Edwardes and Charles Frohman at the Prince of Wales Theatre in London and ran for 333 performances there. It starred Edna May, Marie Studholme and Billie Burke. George Grossmith, Jr. succeeded G P Huntley as Ormsby St. Ledger. The show also played successfully on Broadway in 1904, with May and Grossmith, and on the national and international touring circuits.

The most famous song from this show was “My Little Canoe.”