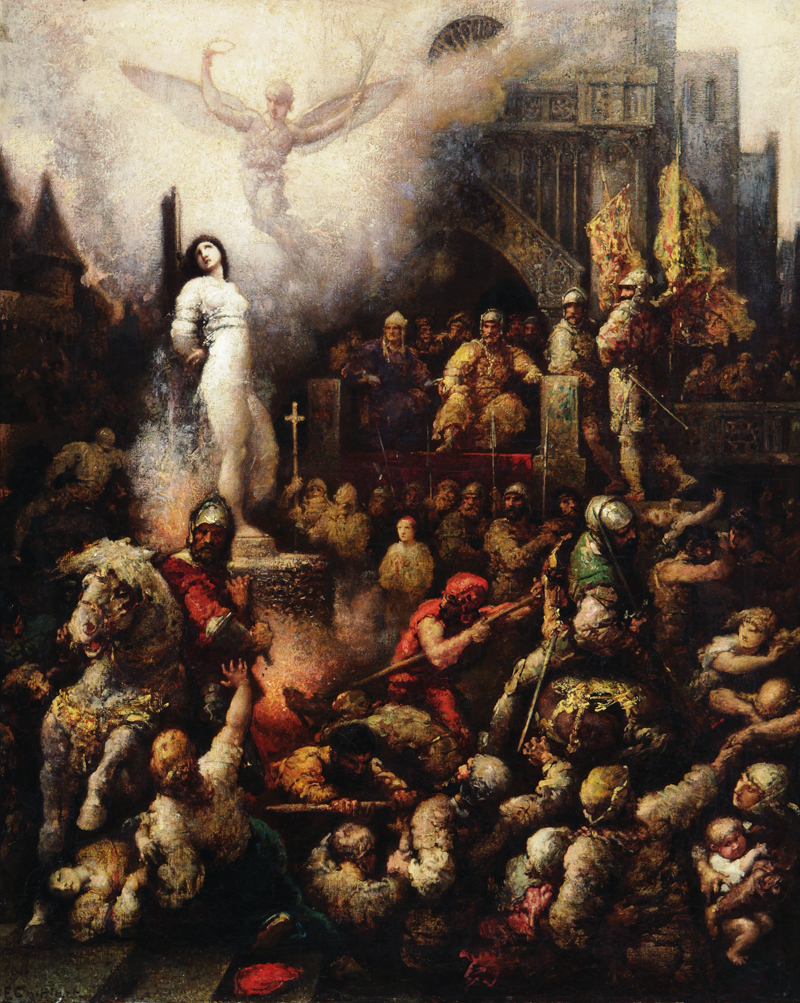 François-Nicolas Chifflart, born in Saint-Omer in 1825, was a free-spirited French painter, engraver and illustrator. As a young boy Chifflart was introduced to the art of metal engraving by his father, a locksmith and skilled carver known for his work with Louis Fiolet, a respected manufacturer of tobacco pipes.

Chifflart began studying art at the municipal school of design in Saint-Omer and, in 1844, entered the École des Beaux-Arts, where he became a student of Léon Cogniet. In 1850, the young painter took Third Place in the Prix de Rome competition for his painting Zénobie sur les bords de l’Araxe [Zenobia on the Banks of the Aras]. The following year Chifflart was awarded the coveted First Place in the Prix de Rome (also called the Grand Prix de Rome) for Périclès au lit de mort de son fils [Pericles at the Deathbed of his Son].

Shortly after winning the Grand Prix de Rome, Chifflart openly rebelled against the rigid teachings of the Academy. Torn between his years of academic training and his desire to embrace more romantic subject matter, he created a series of etchings based on the classic German legend Faust, exhibited at the Salon of 1859. Although he was ostracized by many of his contemporaries, his drawings were praised by both Charles Baudelaire and Théophile Gautier, notable art critics and supporters of the Romantic Movement.

While struggling to find his place in the 19th century art world, Chifflart made the acquaintance of Victor Hugo, the Romantic French poet and novelist. Hugo embraced Chifflart’s independent spirit and helped launch his new career as an illustrator (1).  With Hugo’s encouragement, Chifflart helped design illustrations for Victor Hugo’s novel Toilers of the Sea (1866), engraved by Fortuné Méaulle, and a new edition of The Hunchback of Notre Dame (1831).

François-Nicolas Chifflart lost most of his clientele when he began to harshly criticize the authoritarian empire of Napoleon III during the Franco-Prussian War. Despite the fact that his successful career sank into oblivion well before his death in Paris in 1901, a street in Saint-Omer bears his name.

Many of Chifflart’s drawings can be found at the National Gallery of Art in Washington DC.