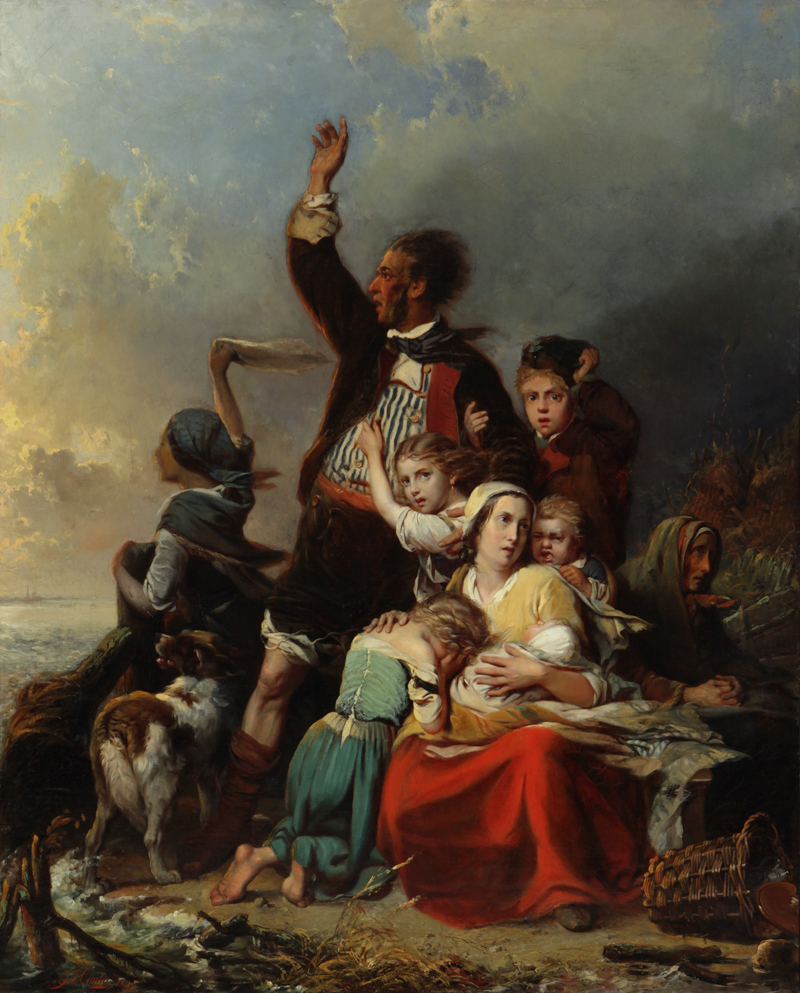 Johannes Antonius Canta, a nineteenth-century painter from Rotterdam, was educated at the Royal Academy of Arts in Amsterdam and in 1847 became a member of the Royal Academy. In 1849, Canta became a member of the prestigious Society Arti et Amicitiae, a private institution that was established in 1839 to act as a hub for art-lovers and artists in the Netherlands. The Arti et Amicitiae continues to this day to play a key role in the Netherlands’ art scene, especially in the city of Amsterdam. In 1850, Canta was named one of the Living Masters of Rotterdam and participated in a group exhibition at Rotterdam’s Great Hall of the Harmony Society. Canta also participated in several expositions at the Beaux Arts (1851, 1857, 1869), and in 1876 he was chosen to represent the Society Arti et Amicitiae at the World’s Fair in Philadelphia. For more information on Canta, please refer to the literature below:

St. Elisabeth’s Flood brilliantly captures the terror on the faces of a family frantically waiting for help as the swirling floodwaters rise around them.

The St. Elizabeth’s flood of 1421 was a flooding of a large area in what is now the Netherlands; it ranks 20th in the list of worst floods in history. The flood takes its name from St. Elizabeth of Hungary Feast Day, formerly November 19. During the night of November 18 to November 19, 1421 a heavy storm hit near the North Sea coast between South Holland and Zealand (Zeeland). Water from the storm in the North Sea surged up the rivers, causing the dikes to overflow and break in several places. There was widespread devastation when the lower lying polder land (land reclaimed from sea) flooded. Several villages were destroyed and between 2,000 and 10,000 people were killed. Most of the area remained flooded for several decades and, even today, much of the land remains under water.