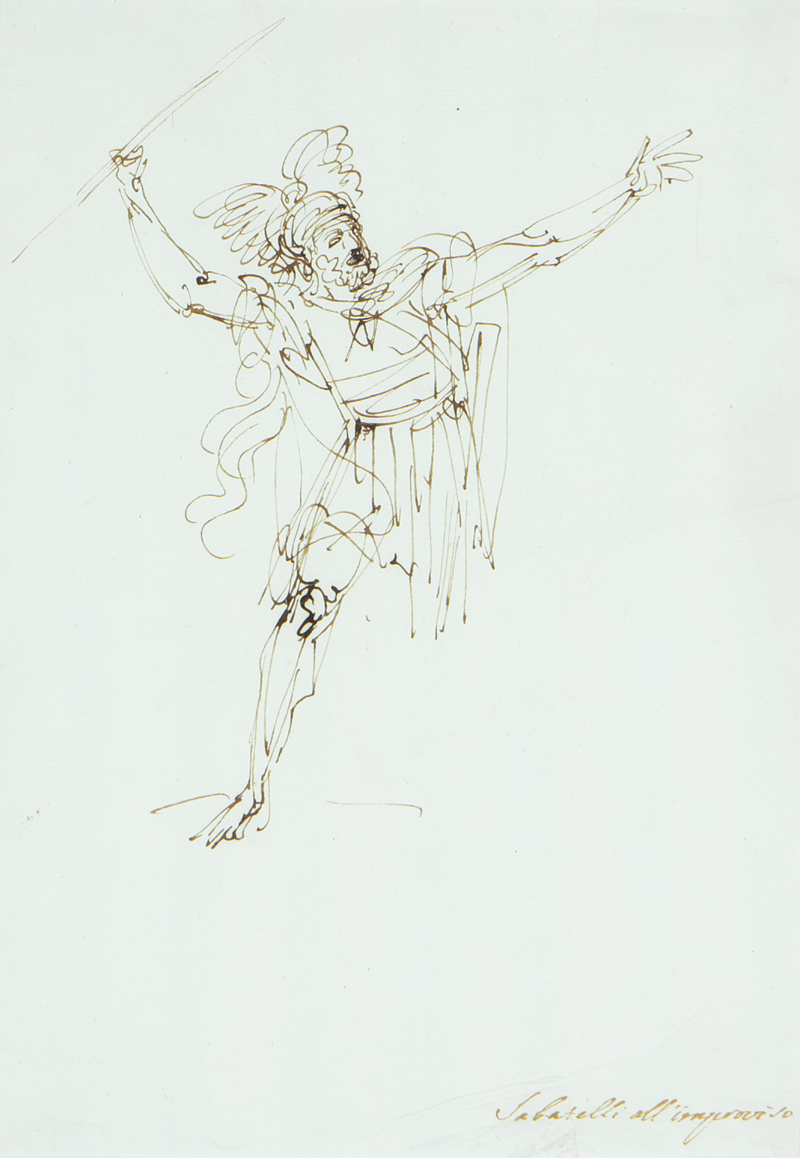 Luigi was an Italian painter, printmaker and draughtsman. After training in Florence in the Neoclassical tradition, he won a scholarship to study in Rome. From 1789 to 1794, the young artist lived and studied in Rome under the patronage of Tommaso Puccini, an intellectual and connoisseur who later became Director of the Gallerie Fiorentine.

Sabatelli was first attracted to the rigor of François-Guillaume Ménageot, who taught at the Académie de France, but later became interested in a more contemporary classicism, practiced by the followers of David, such as François-Xavier Fabre.

Sabatelli returned to Florence in 1795 and began to introduce into his painting elements borrowed from Antoine-Jean Gros. Sabatelli’s paintings of the 1790s and early 1800s, for example the Florentine Plaque (1801), the Plague Victims of Jaffa and the large-scale battles commissioned by Tommaso Puccini, are closely related to the Napoleonic battle scenes of Gros and Anne-Louis Girodet.

In 1808, at the age of 35, he was appointed the Chair of Painting at The Accademia di Belle Arti di Brera (Academy of Fine Arts of Brera), where he remained for 40 years.

Between the end of the 18th century and the beginning of the 19th century, Sabatelli worked on a group of etchings of the Via Crucis, which became the most widely circulated series in Tuscany.

His first important work in oils was the large picture representing the Meeting of David and Abigail, which now hangs opposite Benvenuti’s Judith in the Arezzo Cathedral. At this time, he established himself as one of the key figures in the revival of Florentine painting. For inspiration he turned to literature, dwelling particularly on characters from Dante. In order to expand his repertory, he also drew on Shakespeare and Milton, whose works were becoming increasingly popular.

His most famous work, made in Florence during 1820-25, is in the Hall of the Iliad at the Pitti Palace (the first room of the Picture Gallery), consisting of eight lunettes and a large circular medallion illustrating scenes from the Homeric poems. He is also know for the decoration of Niccolò Puccini’s villa in Pistoia (1840) and paintings of Astronomy and Mathematics (1841) for the Tribuna in the Palazzo della Specola (now the Museo Zoologico ‘la Specola’) in Florence.