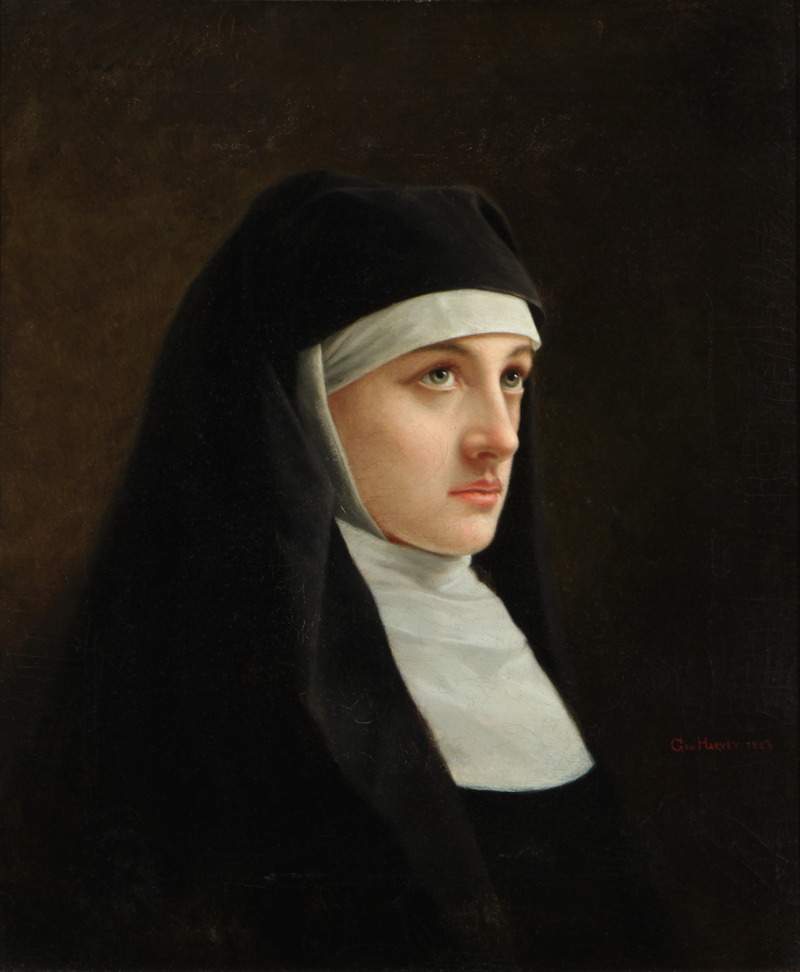 Born in Somerset, Iowa, George Harvey became a portrait and landscape painter. He studied in Boston with his uncle George Harvey (1800-1878) and with the well-known 19th-century American painter, Thomas Hicks (1823-1890). Unfortunately, Harvey’s art studies were interrupted by the Civil War. After the War, he returned to live with his family in Burlington, Iowa, where he remained the rest of his life. He worked as a printer and painted scenes along the Mississippi River. His most noted work was an enormous view of Burlington, commissioned by a group of private citizens. This panorama was exhibited in the Iowa Building of the World’s Columbian Exposition in Chicago in 1893. The painting and the artist were featured in Art Across America when it was published in 1990. Harvey was also known for his portraits, including three governors of Missouri. The exact date of his death is unknown, but he lived a long life, as he is documented as being in Burlington in 1920.