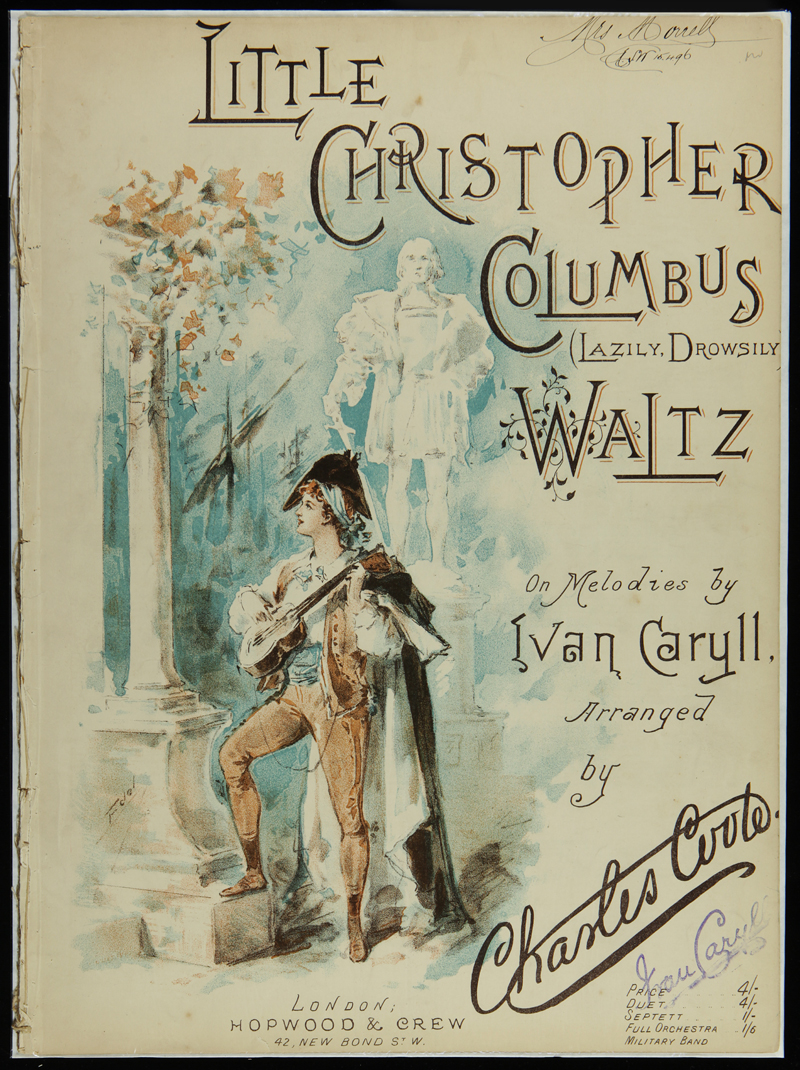 Little Christopher Columbus is a burlesque opera in two acts, with music by Ivan Caryll and Gustave Kerker and a libretto by George R. Sims and Cecil Raleigh. It opened on 10 October 1893 at the Lyric Theatre in London and then transferred to Terry’s Theatre, running for a total of 421 performances, which was a very successful run at the time. May Yohé created the title role, and Furneaux Cook and E. J. Lonnen were in the cast. Mabel Love, Geraldine Ulmar and Florence St. John joined the cast as replacements. The piece was produced in 1894 in New York at the Garden Theatre and has enjoyed various tours and revivals over the years.