Janbiya from Yemen in Leather Sheath 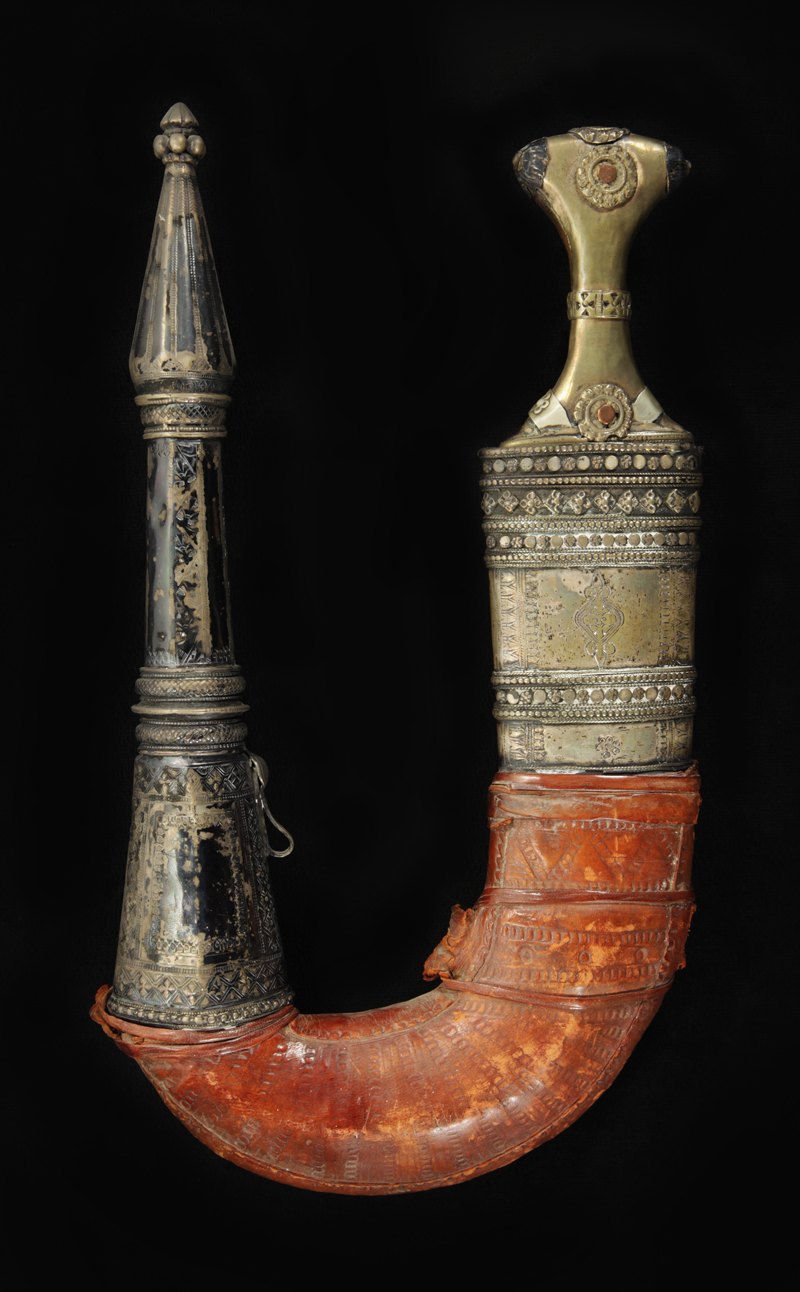 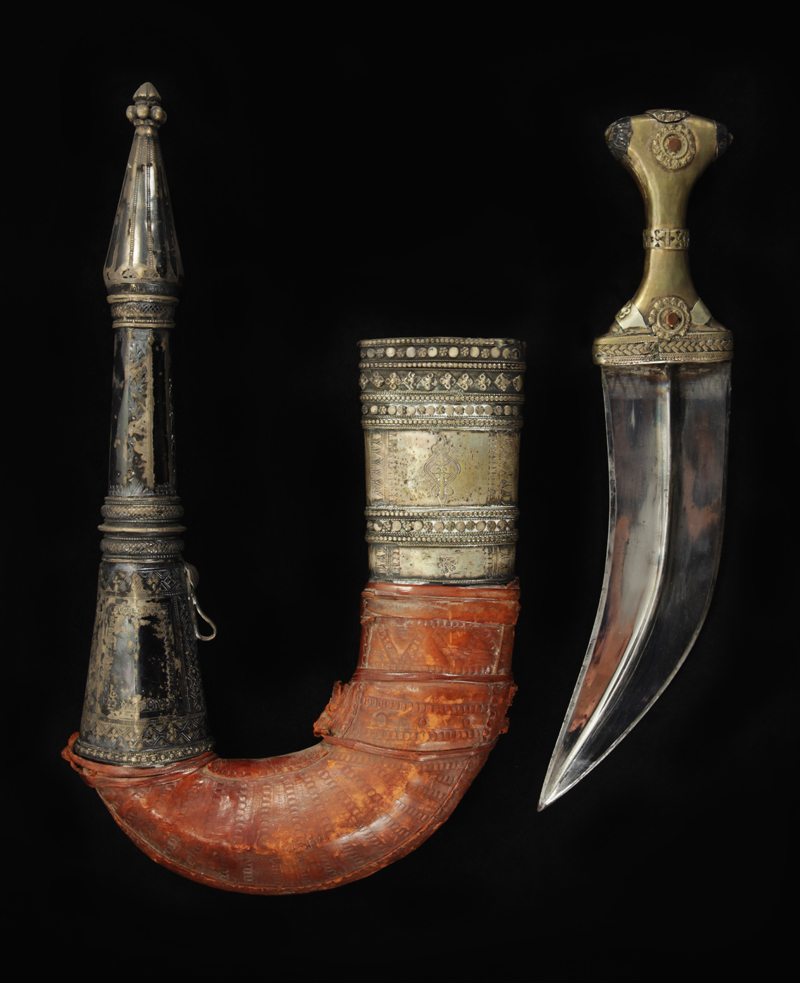 Janbiya, also spelled janbia, jambiya, and jambia is a traditional Arabian dagger that is still worn in Yemen. The Yemeni jambiya is typically a curved, thick, double-edged blade. The sheath is normally tucked into a thick embroidered belt. In Yemen, the styles of jambiyas differ remarkably from region to region.

The jambiya is worn by men as a token of their manhood and as a symbol of their wealth and social status. It is often gifted by fathers to their sons at the end of Ramadan to symbolize the transition from childhood to adulthood.