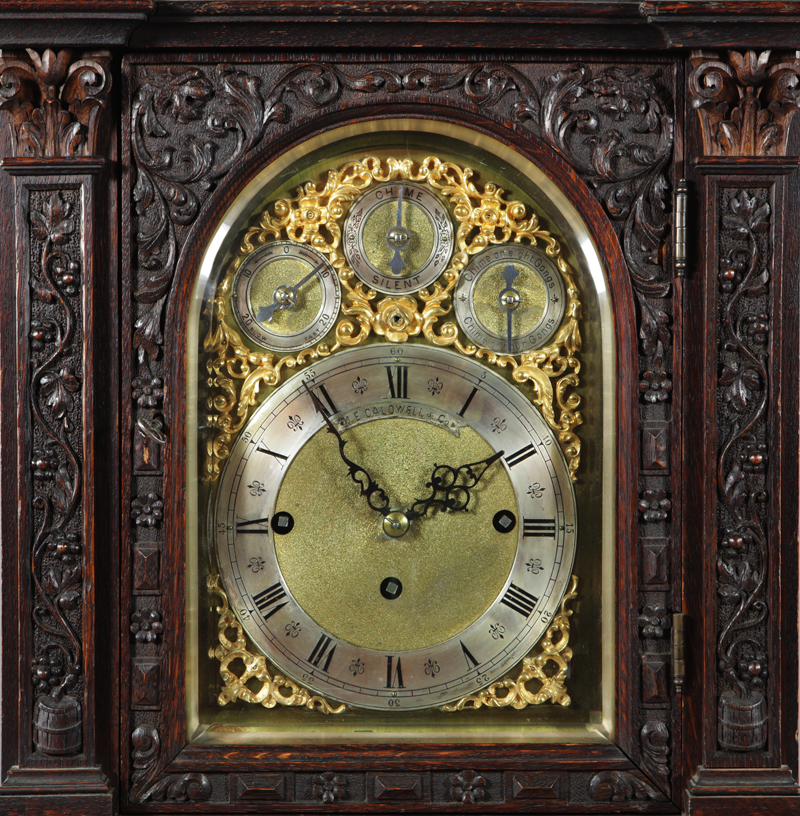 Beautifully carved dark wood clock case made in England for J.E. Caldwell & Co, in Philadelphia, PA. It has eight bells, five gongs, and two Westminster chimes. James Emott Caldwell was a watchmaker from Poughkeepsie, New York. He started selling watches and clocks in New York in 1836. In 1839, Caldwell moved his business to Philadelphia, PA and changed the company name to Bennett & Caldwell. In 1844, the company moved again and changed it’s name to James E. Caldwell & Co. From circa 1860, the company focused on being a retailer of silver, rather than a manufacturer. J. E. Caldwell & Co. came to be known as one of the major jewelry and silver retailers in Philadelphia.  Caldwell is still known as a premier clock and watch movement company, and is associated with the highest quality clocks. Triple fuse and repeater and Westminster Whittington Chimes. British/German.