I Want A Real Coon 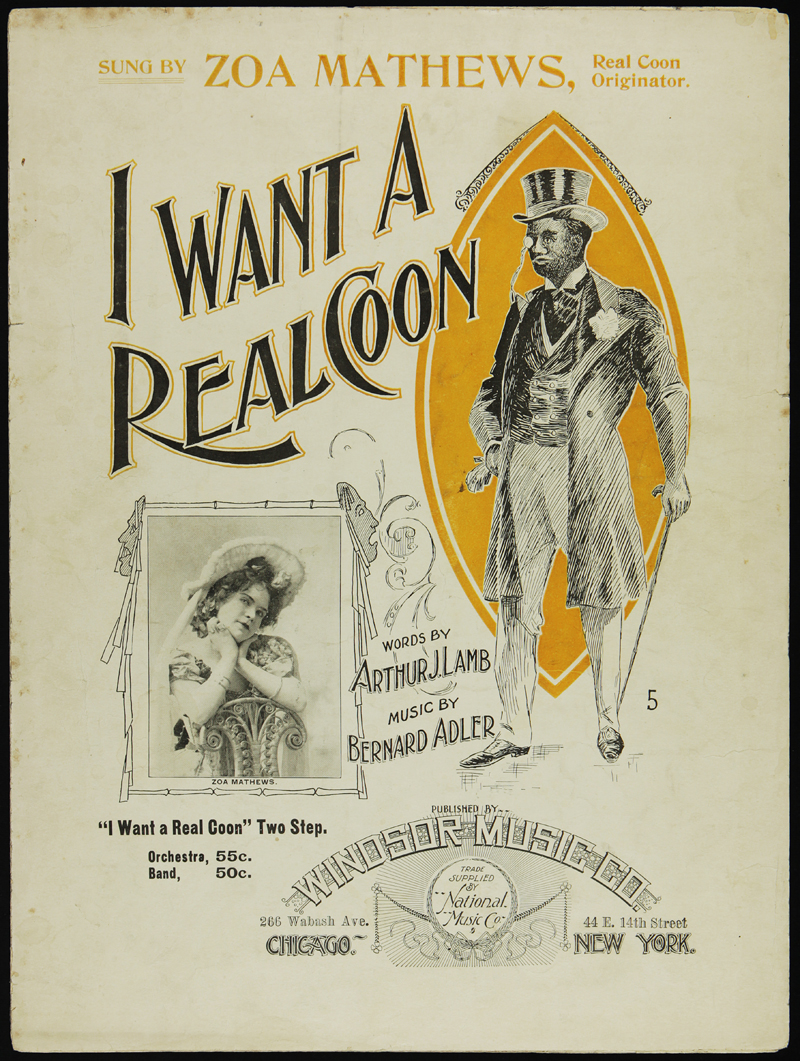 Dar’s a good-for-nuthin’ ragged coon comes ‘roun’ a-courtin’ me.
And I’m ‘most ashamed he has the cheek to call:
‘Cos’ he tries to put on heaps of style when he’s a sight to see,
He’s got nuthin’ to his name, but lots of gall.
I’ve a told him he will never do, he am not good enough.
I’ve a-told him he’s a would-be, nuthin’ more,
An’ he knows I’m on to him, ‘cos’ he can’t get in the swim,
And dar’s many a time I’ve told him at de door:

Chorus.
I want a real coon, handsome, genteel coon,
Coon like my own relations, I don’t want no imitations,
Some coon dat’s haughty, swell dressed and sporty,
A real coon dis gal am waitin’ for.

Now I wants to have a real coon like the swell coons that I see,
I’ve a-seen ’em at the theatre all life long;
They will dance around upon the stage with clothes ‘way up in O,
An’ they take me clear to heaben with a song.
But the coons aroun’ my neighborhood, they don’t dress up a bit.
Oh, compared to dem stage folks the rest are jays;
So I’m willin’, eb’ry time, to give up my little dime,
Jes’ to watch the real coon with his winnin’ ways.-Chorus.