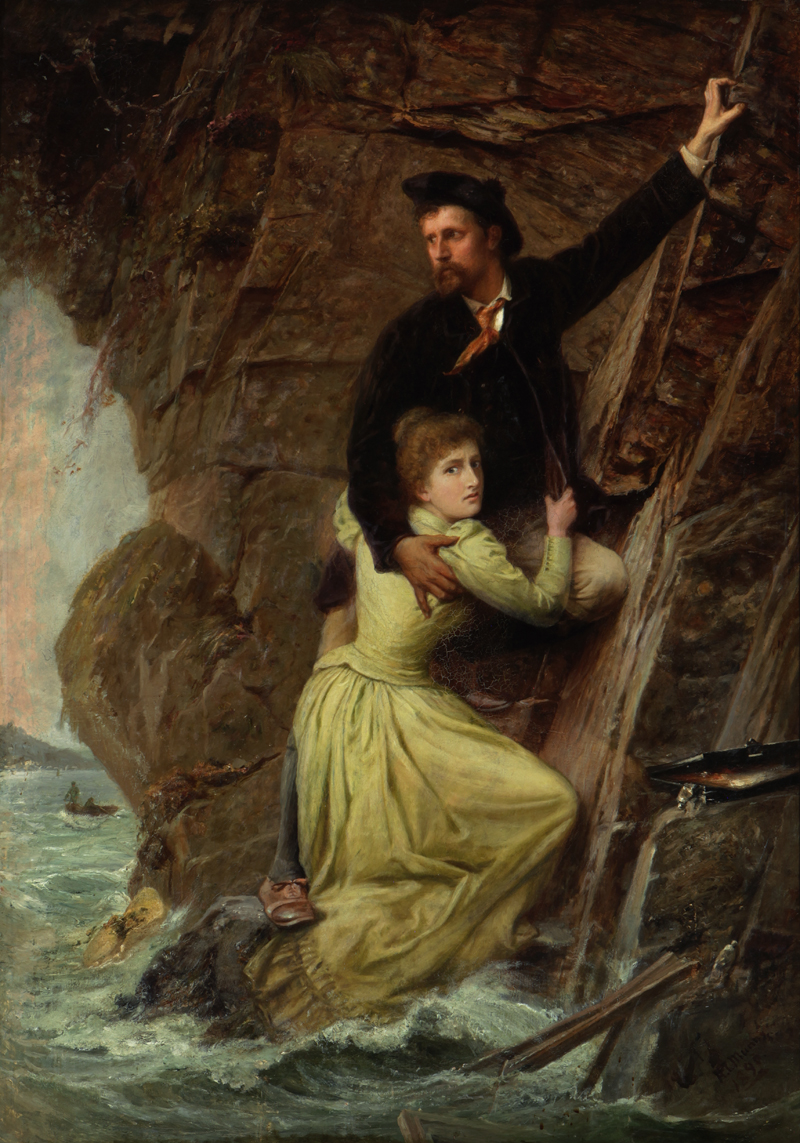 Henry Turner Munns (H. T. Munns) was born in Northampton, England, and active in both Birmingham and London. Munns specialized in portraits and genre subjects.

While still a schoolboy, Munns had cultivated a talent for portraiture; however, his father discouraged him from pursuing a career as a painter. As soon as Munns finished school, he was employed at the factory where his father was employed as a boot and shoe designer. Determined to pursue his passion, the younger Munns began painting lessons with a traveling miniature painter named Locke. At the age of eighteen, he began receiving small commissions for portraits.  After his apprenticeship, he started a portrait club and was able to make a living as a portrait painter. He eventually he moved his portrait painting business from Northampton to Buckinghamshire.

When the Russian War broke out, he painted and exhibited a Panorama of the War. His popularity grew when he was invited to lecture about the painting.  He then joined a Northampton photographer, and for many years he colored his photographs. He continued this work in Birmingham, this time employed by Mr. Whitlock of New Street.

Munns exhibited 8 works at the Royal Academy. Help on the Way depicts the artist rescuing his model from the surging tide, as they nervously wait for a rescue boat.

Source: Illustrated Catalogue (with Descriptive Notes) of the Permanent Collection of Paintings and Sculpture and the Pictures in Aston Hall and Elsewhere, Aston Hall, Birmingham‪, Birmingham City Museum and Art Gallery, Hudson and Son, 1904, pg. 187, 215