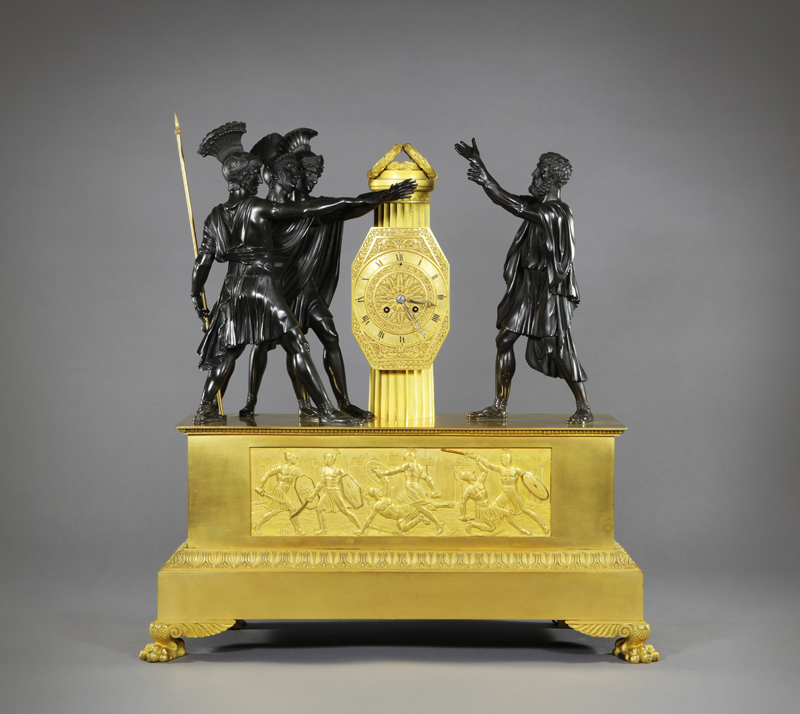 The design of the clock case is widely acknowledged to be inspired by one of the most important paintings of French Revolution, ‘The Oath of the Horatii’ by Jacques-Louis David (French 1748-1825). Painted in 1784, it depicts the sacrificial oath taken by the three Horati brothers, symbols of ancient Roman valor. Here the brothers stand holding a sword presented to them by their father, swearing to him they will fight for their country and stand against the Curati. The base plaque depicts the battle where only one of the three brothers survives.