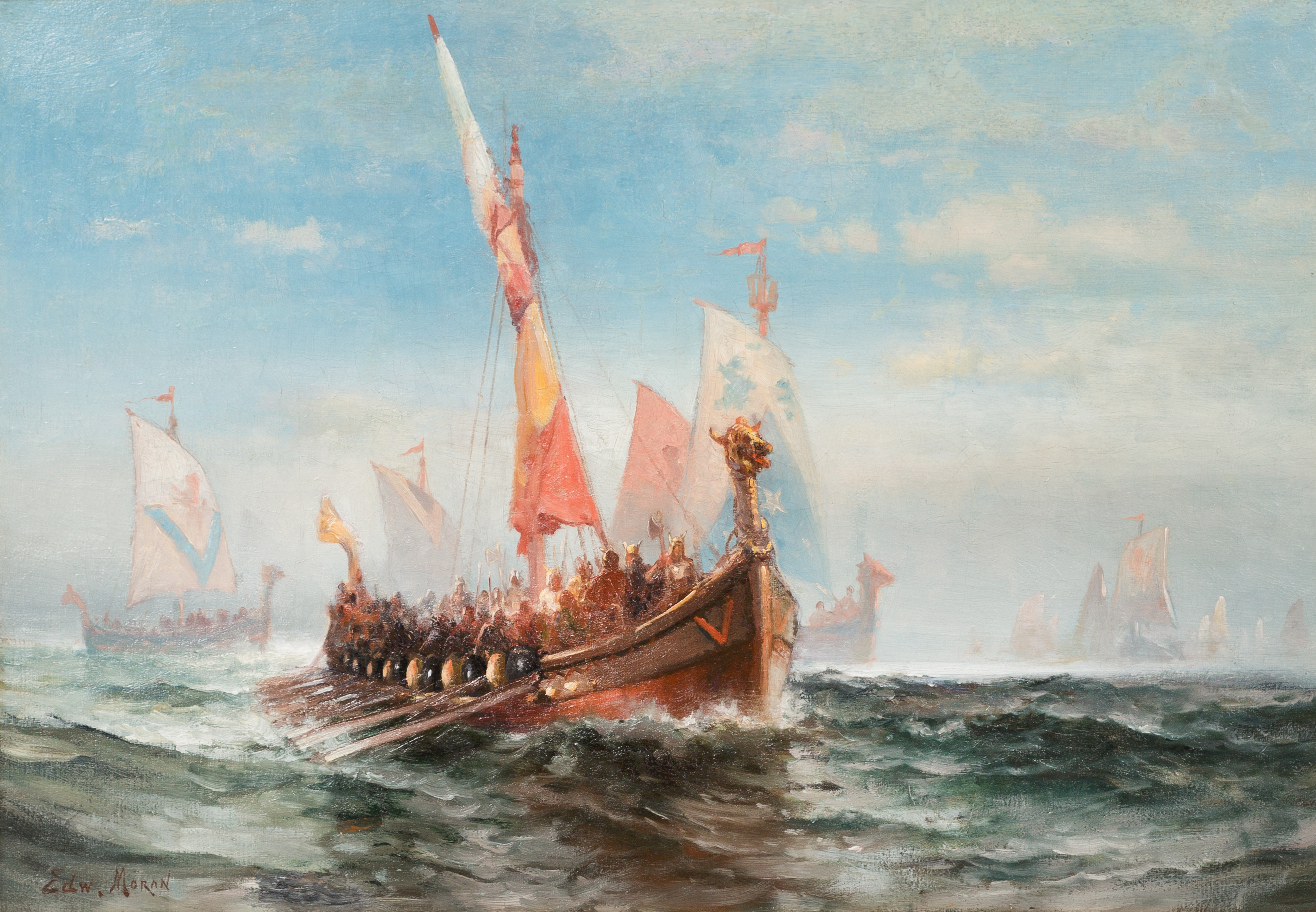 Edward Moran (19 Aug. 1829-9 June 1901), painter, was born in Bolton, Lancashire, England. In April 1844 the family immigrated to the United States. The 1880s saw Moran hailed as the leading American marine painter and praised in the Art Journal (Sept. 1880) for his “simple and easy naturalism.” Discussing his technique in a series of articles for Art Amateur, Moran discussed not only the technical details of marine painting but also his working habits and the opinion that marine painting is a “particular branch of landscape painting” subject to all the same difficulties. Casco Bay, Coast of Maine (c. 1889, Heckscher Museum) is an unusual work from Moran’s marine painting in its lack of anecdotal detail.

In the 1890s Moran turned to historical marine scenes, a genre he had not generally worked in before. Thirteen canvases were completed between 1891 and 1898 depicting the maritime history of America. The series, which includes Landing of Leif Eriksson in the New World in 1001, Return of the Conquerors, and Burning of the Frigate Philadelphia, is now in the collection of the U.S. Naval Academy Museum in Annapolis.

At the time of his death in New York City, Moran was eulogized as “having no superior in America” as a painter of the sea. Moran’s achievement was soon neglected, however, and his fame eclipsed by that of his brother Thomas.