You are here: Home / The Collection / Weapons / Gurkha Kukri & Scabbard, with two smaller knives
« PreviousScottish Dirk
Next »Janbiya from Yemen in Leather Sheath 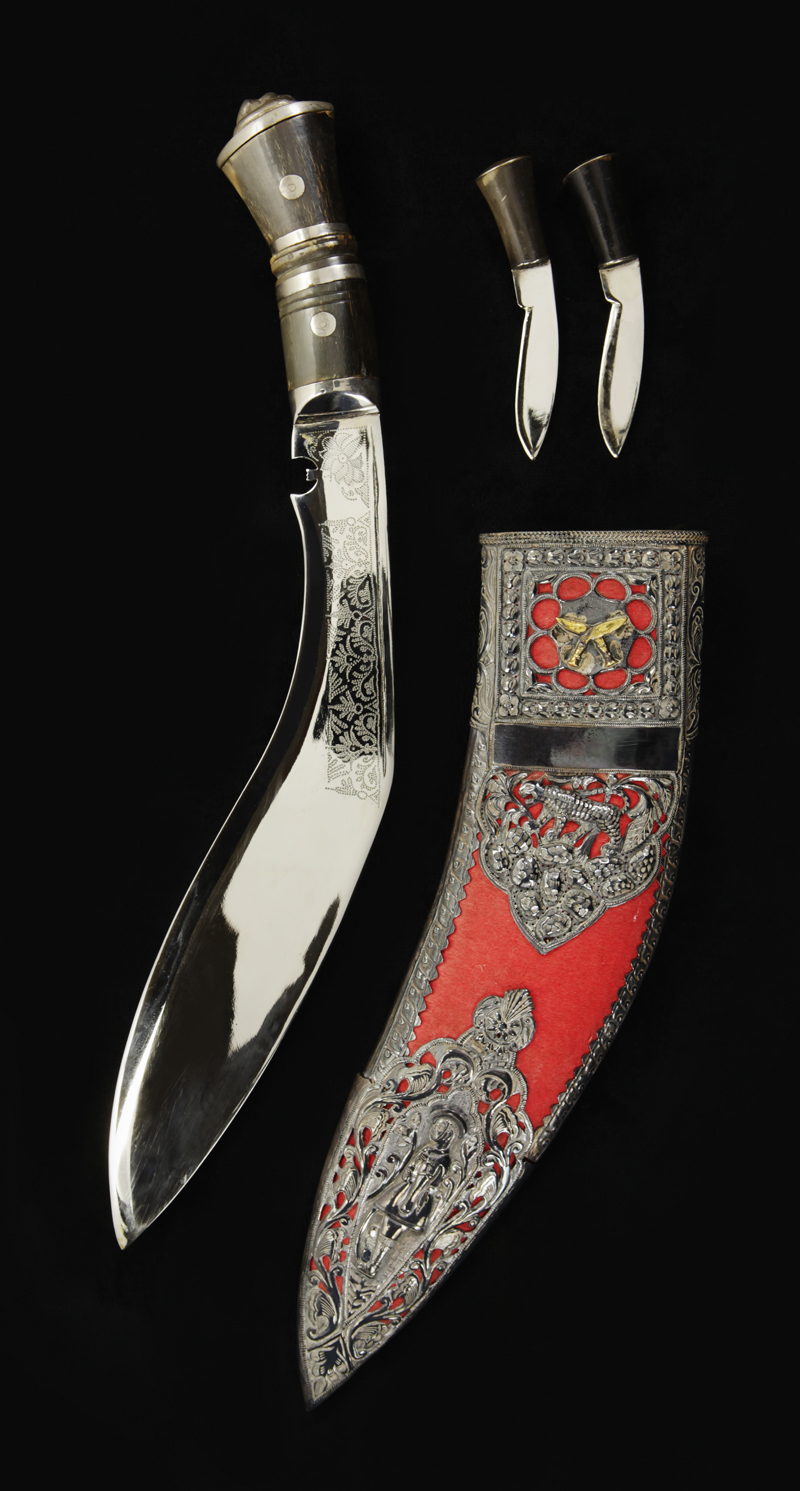 The Gurkha Kukri is possibly the most recognizable and famous fighting knife ever developed. Indigenous to the mountain Kingdom of Nepal, home of the Gurkhas, who were “absorbed” into the British sphere of influence with the Treaty of Seguli in 1816. These ferocious fighters were infamous for their valor and for using the kukri, an amazing “Tool of Death.” It is a forward leaning leaf shaped blade, which provides the user with leveraged striking power. Introduced long before the British arrived in the early 19th century, the Kukri became standard equipment for Gurkha Regiments serving in the British Army. Many English-speakers refer to the weapon as a “Gurkha blade” or “Gurkha knife”. The kukri is still used as an everyday tool and in many traditional rituals, such as wedding ceremonies. Kukri blades usually have a notch (kauda, kaudi, kaura, or cho) at the base of the blade. Traditionally, the scabbard also holds two smaller blades used for sharpening and maintaining the kukri