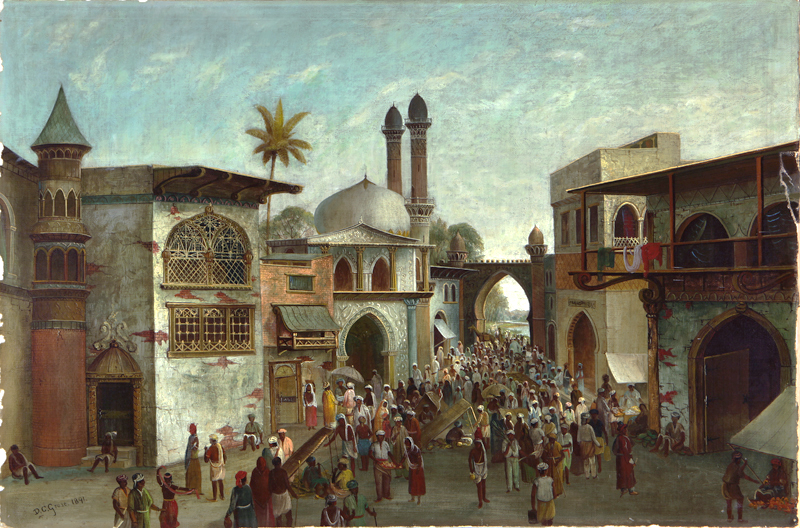 Daniel Charles Grose was active and lived in District of Columbia / Canada.  Daniel Grose is known for landscape, Indian life and marine paintings.

Likely born in England, Daniel Grose lived in Canada in the 1860s and in Washington DC in the 1870s and 1880s.  His uncle was English landscape painter Francis Grose, and it is thought that Daniel settled in Canada because so many of his romantic landscapes are in Canadian museums.

Judging by his subject matter of the 1860s to 1880s, he also painted in Maine, the Hudson River Valley, the Rocky Mountains, California including Yosemite, and Connecticut.  His wife was artist Estelle Grose, with whom he toured around the world for five years.

He died on February 24, 1900 at his wife’s mother’s home in Arlington, Virginia.