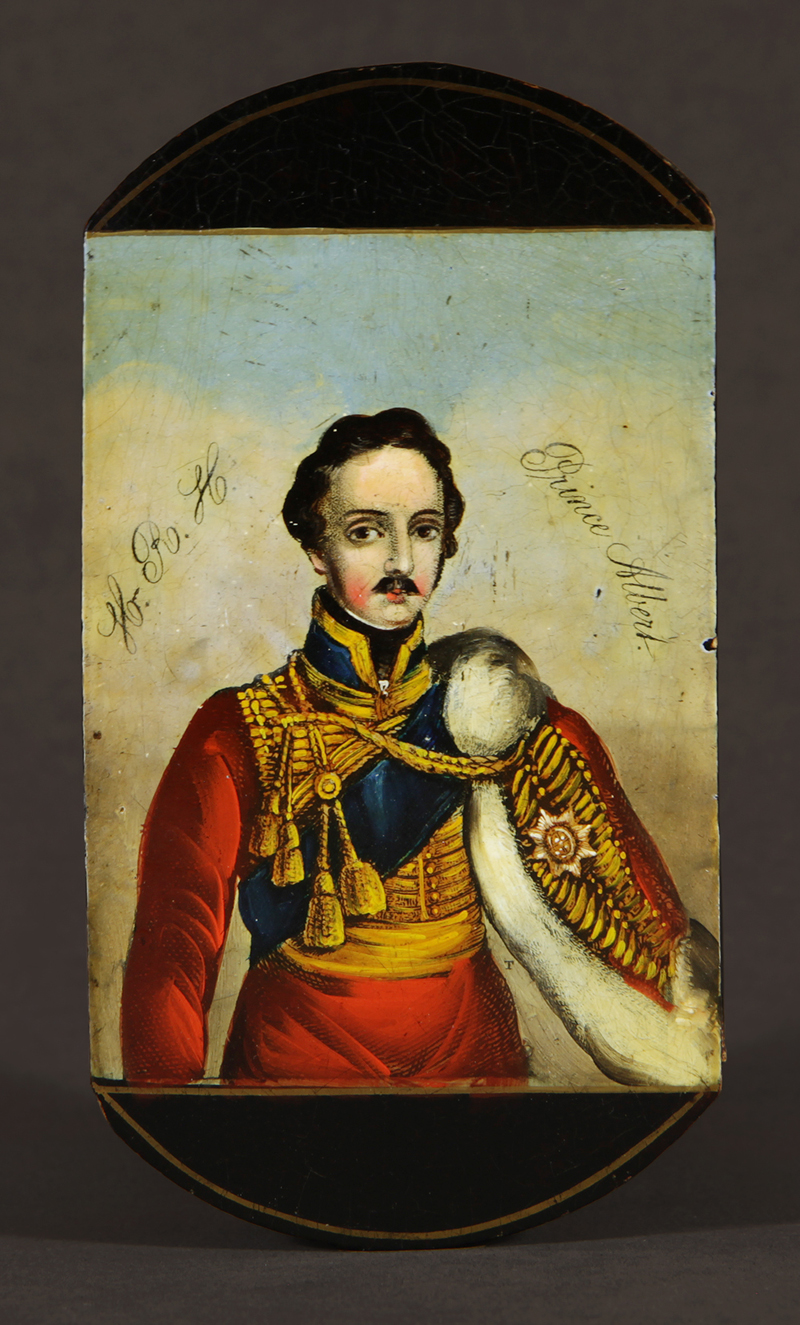 Portrait of Prince Albert; opposite side is the Crystal Palace

The Great Exhibition in 1851 was the first international exhibition of manufactured products. It was organized by Henry Cole and Prince Albert, and held in a purpose-built Crystal Palace in Hyde Park. Many of the objects in the Exhibition were used as the first collection for the South Kensington Museum which opened in 1857 and later became the Victoria and Albert Museum.