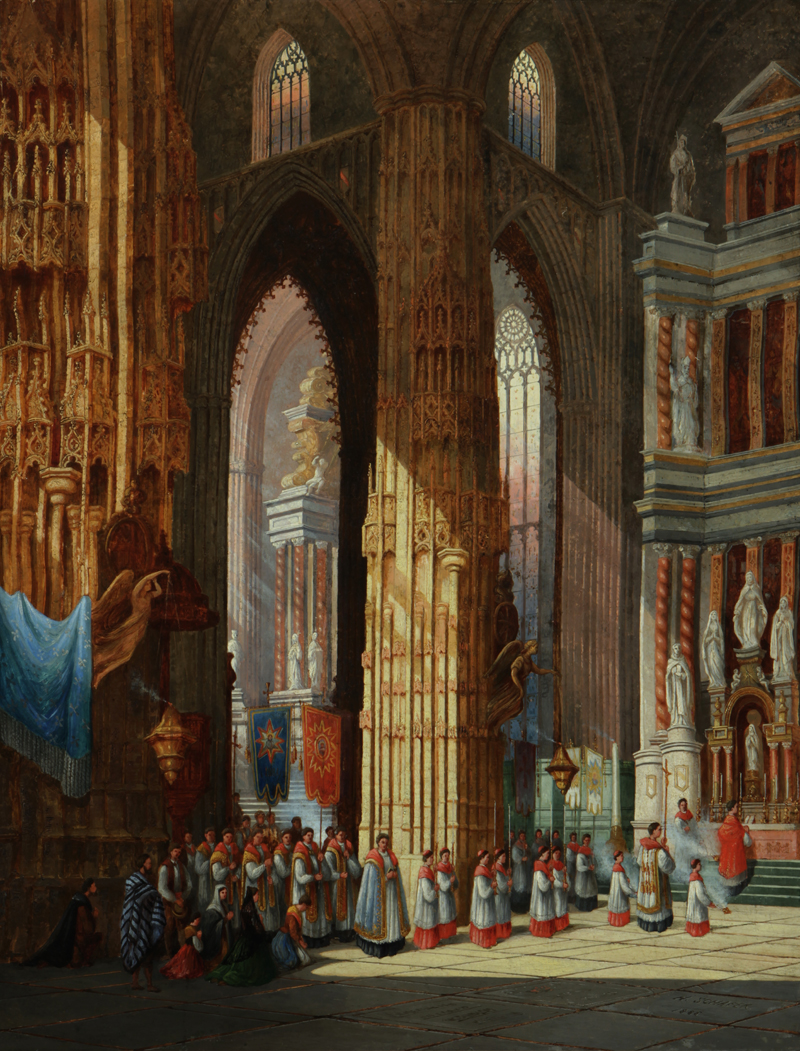 Henri Schäfer is a French artist who studied at the l’Ecole National de Beaux-Arts, Paris, and painted town and city scenes and cathedral interiors in Belgium, Germany, and France. Because of the similarity in their names, the overlap in their times of active work, and this artist’s sometime residence in Britain (Islington), the townscape paintings of Henri Schäfer are often misattributed to the British artist Henry Thomas Schafer, and their biographical details are occasionally merged, most notably in Emmanuel Benezit, Dictionnaire Critique et Documentaire des Peintres,….

The catalogs of auction houses regularly confuse the two artists. Distinct biographical sketches may be found in Christopher Wood’s The Dictionary of Victorian Painters. In addition, some auction houses attribute paintings that by style and signature appear to be by Henri Schäfer to artist Heinrich Hermann Schäfer (1815-1884). That German artist of portrait and genre paintings is reported to sign “Herm. Schaefer”.

After considerable research, we believe that the painting in The Knohl Collection (above) is Henri Schäfer, the French artist.

For more information, go to: http://ffscat.csail.mit.edu/texts/FFSthnri.htm – this site appears to clear up the ambiguity.

Although his output was prolific, especially in his later years, when, according to Christopher Wood, he fell into debt, Henri Schäfer does not appear to have exhibited his work.