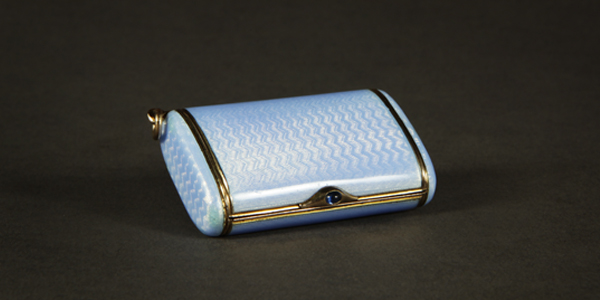 February 19, 2014by admin in Curators Corner

Long before the beginning of recorded history, man learned how to spark fires by rubbing two sticks together, not an easy task when faced with the forces of nature – wind and rain. It was not until 1680 that an Englishman named Robert Boyle discovered that phosphorus and sulfur would burst into flame instantly if rubbed together – a breakthrough that would ultimately lead to the modern day match. In 1827, nearly 150 years after Boyle’s discovery, an English apothecary named John Walker found that a stick coated on one end with Boyle’s phosphorus/sulfur combination would light if struck against virtually any surface. Voila – the first “friction match” was born. Unfortunately these early matches worked a little too well, often igniting unexpectedly when carried loosely in a pocket or purse – OUCH!

In the 19th century almost everyone carried matches – to light stoves, lanterns, cigars, cigarettes, and pipes. Since matches were a vital part of everyday Victorian life and smoking was immensely popular, special containers were designed to prevent these fire sticks from bursting into flame unintentionally. The first containers were large tin canisters, made to hold up to 100 matches. Unfortunately, these bulky match holders looked pretty silly sticking out of a man’s breast pocket or a lady’s delicate dance purse.

The idea of creating a smaller case to safely hold matches resulted in the “pocket match safe” – the term still used in the United States. In England these containers were called “vesta cases” – named after the Roman goddess Vesta, recalling the sacred fire that burned at her hearth. While the most common size of a vesta case was small enough to fit neatly in a pocket, larger cases were also made for domestic use. Cases could be found throughout the house: on a wall near a wood-burning stove, atop a table by a gas lantern, or on a desktop close to sealing wax. Whatever size, shape or material, the one thing that all vesta cases and match safes had in common was some type of rough or ribbed surface, usually on the bottom, for striking the matches.

Although these handy containers are rarely seen today, from 1850 to 1915 match safes were extremely popular. For roughly 65 years manufacturers on every continent made them in countless shapes, sizes and styles. They ranged from the fabulous and elegant to the absurdly cheap and vulgar. Materials used for making vesta cases varied considerably, from inexpensive tin and brass to precious metals like gold and silver. Some vesta cases were miniature pieces of art, intricately carved ivory, gold with elaborate scenes hand-painted on fine enamel, sterling silver elegantly decorated with diamonds, mother-of-pearl set with garnets and sapphires; and the most coveted were those created by brilliant designers like Tiffany, Gorham, and Fabergé. These beautiful little objects, used by millions of people, held their own until the 1930’s, when matchbooks and fluid lighters made them obsolete.

« PreviousThe Stories They Tell
Next »One of the Top 10 !