Victorian Art from the Private collection of Dr. Howard and Linda Knohl
You are here: Home / Exhibitions / The Queens Gallery 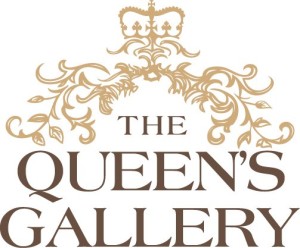 Displayed at MUZEO in Anaheim, CA

In 2011, the Knohl’s mounted their second public exhibition, THE QUEEN’S GALLERY, Victorian Art from the Private collection of Dr. Howard and Linda Knohl.

Queen Victoria’s reign (1837-1901) was an era exploding with scientific discoveries, bursting with intellectual curiosity, and burdened with political and social turmoil. Within a few short decades the small island of England transformed from an agricultural society into an industrial superpower with an empire that spanned the globe.  THE QUEEN’S GALLERY is a wonderful combination of objects and images that allows visitors the opportunity to become immersed in the Victorian age and experience the British Empire at its pinnacle of power.

The Queen’s Gallery is divided into six thematic categories: “A Delightful Distraction” explores the enchanting genre of fairy painting and fantasy art, a welcomed diversion from the dreariness of industrialized life. “Merging Art & Literature” surveys the close affiliation between visual art of the era and literature, pairing many of the paintings with the poems and literary subjects that inspired them. “Life, Leisure and Landscape” charts the carefree existence of the privileged upper class. “Behind Closed Doors” showcases Cardinal Paintings, reflecting the unprecedented challenges to the Church.  “The Irresistible Lure of the East” features detailed images of the “Orient” by artists seeking an escape from the industrialized cities of nineteenth century England. Finally, “The Empire on Which the Sun Never Sets” highlights art and objects produced throughout the expanding British Empire.

The exhibition showcases over sixty-five outstanding paintings created by some of the greatest names in 19th century art, many exhibited at the Royal Academy in London. THE QUEEN’S GALLERY is a wonderful exploration of how artists responded to and were influenced by industrialization, capitalism, and imperial expansion. Highlights of the exhibit are a masterpiece by James Sant, official portrait artist to Queen Victoria, and paintings by Sir Lawrence Alma Tadema, Herbert James Draper, and William Powell Frith. Complementing the collection of two-dimensional works are over 400 decorative art objects and items designed for everyday use: Fascinating walking sticks, an array of match safes, hand-painted cigar cases, embellished weapons, bronze statues, ivory sculptures, and so much more.  With its wealth of masterful artworks, historic artifacts and thoroughly researched text, the exhibition offers visitors a visually stunning and historically significant experience.